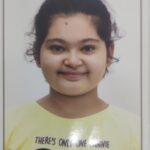 Lavasa, a beautiful area situated at the western part of Maharashtra near Pune. It is a first planned private town of India. The Lavasa town is planned on the beautiful Italian Town Portofino. Various streets and several buildings of Lavasa are named bearing the name of Portofino.

I got chance to visit Lavasa this vacation (May 2022) with my family. Pune is the nearest airport to Lavasa approximately 68 Kms from the town. Pune Railway Station is the nearest railway station to Lavasa approximately 60 Kms. From Pune one has to hire a taxi as there is no much public transportation between Pune to Lavasa neither any other place to Lavasa. Due to my father being engaged in one conference at Surat, we had our train from Surat to Mumbai. The Surat Mumbai train we had is also worth mentioning. The train was Tejas Express. Friends have you heard the name of “Tejas Express”?? Friends it is the first private, corporate train of India managed and operated by company, IRCTC. Tejas Express has facility almost as an airplane, with Train hostess/host, quality food and nice seating arrangements. Reaching Mumbai we had taken a taxi to Lavasa. We reached Lavasa evening nearly 8.00 Pm. Lavasa is short of hotels too. The hotel we had taken was an average hotel, good with nature but bit far from town. Reaching there was not so exiting as I am not fond of travel by road. First feeling of the place Lavasa was not positive. We had our dinner and than slept. Next morning we had a walk to the town center. Almost a walk of 8 to 10 Kms made me to explore the town Lavasa. I am not an amid walker but I enjoyed the walk down to the town and back a lot. With my Dedda & Mom with me we had a long walk and talk. I found many streets named Portofino with various numbers of the street. I loved this town. But I also found many buildings which were left unconstructed. It made me curious about the reasons why these buildings were left unconstructed. I discussed with my papa and researched on the net. I found interesting facts worth sharing with you all friends.

As discussed earlier Lavasa is a first private town planned town is said to be found in the year 2000. The project was being developed by Hindustan Construction Company. Mr Ajit Gluabchand may be said as the initial identifier of the beautiful place Lavasa. This beautiful, yet to complete town has been disturbed due to multiple reasons. As per the research on net and talking to residents of the town, I found that, the purchase of land from the original land owners was first reason for delay. Due to the ban orders from environment ministry, in 2010, due to the violation of the environmental laws. Though the ban order of the environment ministry was removed in 2011. Timely non availability of the funds for the company is also one reason behind the problems faced by the project. The company failed on the payment of the bank loans too. Whatever may be the problem, the city though not fully completed looks like a foreign tourist destination.

The city center though not maintained well still looks worth seeing. I enjoyed the next day especially the beautiful evening spent at the streets of beautifully designed Portofino. The river cruise is also a splendid attraction. I also enjoyed the food and ice crème at the city center. All and all I can say that it was a day well spent.

The next day we had to leave Lavasa as we had to go to the next destination Matheran, the queen of hill station. To sum up my journey to Lavasa I can easily feel that Lavasa may have been the dream project to Mr Ajit Gulabchand, and his team, a dream which may not yet be true but someway down my heart I still believe that the place will be again put to its actual end by developing the same.

(Author is a student of Std 7th)